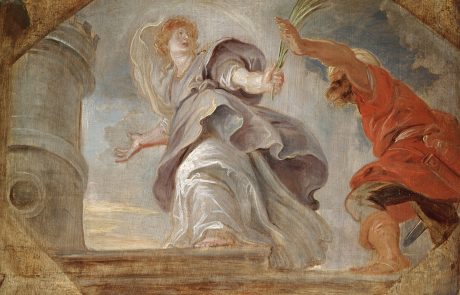 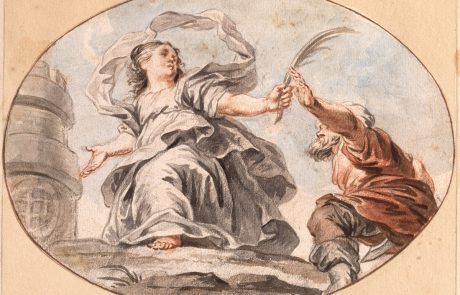 The Great Martyr Barbara lived in the 3rd Century AD. Her father, the rich pagan Dioscorus, was a prominent man in the Syrian city of Heliopolis. After the death of his wife, he devoted himself to his only daughter. Seeing Barbara’s extraordinary beauty, Dioscorus decided to keep her locked up in a tower in order to preserve her from the outside world. Only her pagan teachers were allowed to see her.

31 The flight of Saint Barbara